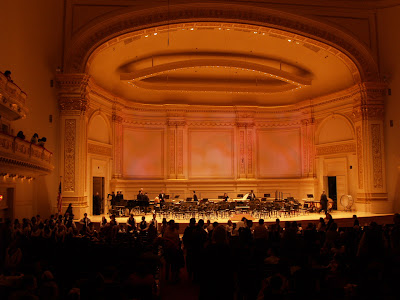 New York City has many crown jewels, none more precious than Carnegie Hall. It was built by the Scottish millionaire/philanthropist Andrew Carnegie in 1890, with an official opening night on May 5, 1891. The first act was a performance conducted by Tchaikovsky No joke.
There is an endless list of greats who have performed there: Louis Armstrong, Frank Sinatra, Billie Holiday, Pavarotti, Toscanini, Simon & Garfunkel, Itzhak Perlman.
And The Beatles. They played two shows there in February 1964! 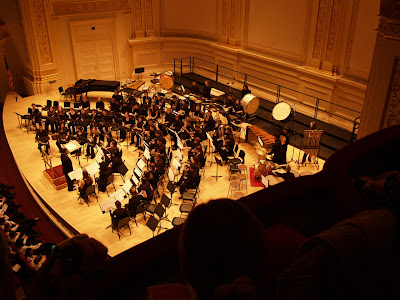 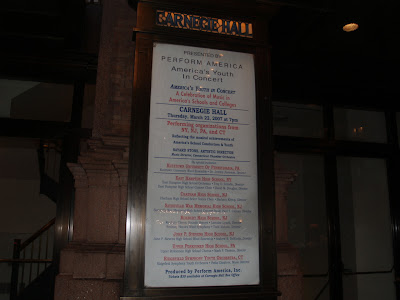 For one day, the Sayreville War Memorial Concert Band was on the bill at Carnegie Hall! Great job, all.

(Double click on photos to enlarge them)
Posted by The Phantom at 11:41 PM

Mad Props on your Carnegie posting!

not part of Bay Ridge, Bay Ridge is part of Brooklyn