Sunday Music: "Me and My Uncle" - by Joni Mitchell?

Yes, this is Joni, way back in 1965. Didn't even know that she sang this song till five minutes ago. You go Joni!
Posted by The Phantom at 8:57 PM No comments:

Carlin came out of an Irish-American circle of which I am very familiar. But I never saw anyone remotely like him in the neighborhoods.

Today, at work, three of us who some would call right-of-center happened to meet up, and Carlin came up. Though he tended to be on the opposite side of any political things (apart from his open despising of all forms of political correctness) we agreed that we all just loved Carlin.

Most political comedians that I've seen are so earnest and pedantic that their humor suffers for it. Not Carlin.

He was always personally nice to people, something that gets you great credit in my books. A lot of performers and politicians would like to be thought of as nice. Few are. Many try unsuccessfully to fake it. Carlin didn't have to fake anything. He thought he was as good as anyone who ever lived, but no better. And that's fine with me.

Two months ago, he was interviewed from his home in Los Angeles by phone by WABC radio in New York. Only it was six am in LA, so he took the call by cell phone from his car. His wife was still sleeping in the house, and he didn't want to wake her. I loved that.

Cross posted here
Posted by The Phantom at 10:25 PM 4 comments:


There'se no getting over the bad news of this past Friday, Big Russ. But you raised a great son who really understood what was important.

Luke, and the Russert girls are really going to need you now, big guy.

To Big Russ, to Frank and to Steve, to uncles Brendan and Pat, and to Patrick J, and to all the fathers out there who did the best they could: Happy Fathers Day to you all.
Posted by The Phantom at 10:40 PM 5 comments: 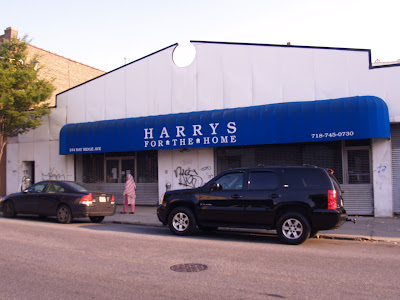 Sammy Abed's new Key Food will be at at 244 Bay Ridge Avenue. There will be parking across the street.

Our long neighborhood nightmare is coming to an end. We won't have to drive to Montauk to buy a gallon of milk after all.

As reported by Bay Ridge Rover and by the Brooklyn Daily Eagle, a new Key Food will open on 69th Street, between Ridge and Third this fall.

The new supermarket will be at 244 Bay Ridge Avenue, right next to the old firehouse and on the site of Harry's For the Home. It will be a 13,000 sq. foot store with a parking lot across the street.

The owner of the new store is Sammy Abed, who owns another Key Food out on Kings Highway ( see the Brooklyn Eagle article ).

I hope that Mr. Abed hires some of the crew from the 95th Street Key Food. I always found them to be friendly and helpful. If he plays 1950s- 1960s oldie rock music like the 95th St Key Food did for years, that would be a fun thing too.

There was a crying need for a supermarket to replace the A&P that stood for years on Fourth and Senator. Now, the Key Food era begins. Sammy Abed, welcome to the neighborhood. 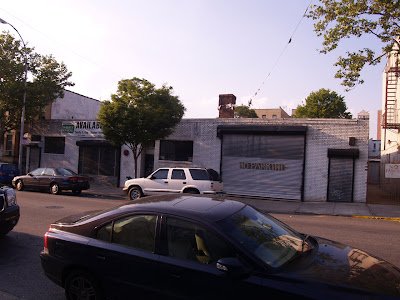 Park the car across the street. Maybe they'll need to put a crosswalk and traffic light in the middle of the block here, like there is on 86th Street. If they don't, someone will get run over by the B-1 or B-9 bus.

Every so often, need to delve into some beautiful Hawaiian song. Like this.
Posted by The Phantom at 12:04 AM 1 comment:


This guy, "Father" Michael Pfleger, is a Catholic priest? We sure didn't have Catholic priests like him at Our Lady of Angels church back then. Imagine how poor elderly Bishop Boardman would have dealt with this guy.

These eruptions keep happening for Obama. There apparently are just a ton of youtube videos posted or about to be posted with sermons from Rev Wright, and now this false priest, this hateful minstrel act with a collar.

Obama sold himself as a post-racial candidate, but this is the second preacher of hate he's been associated with. Is it wrong to point this out? I think not. He's cut his ties with Trinity Church of Christ, but some might say it's about 19 years too late.
Posted by The Phantom at 11:39 PM 16 comments: