Why I Won't Join the Brooklyn Museum 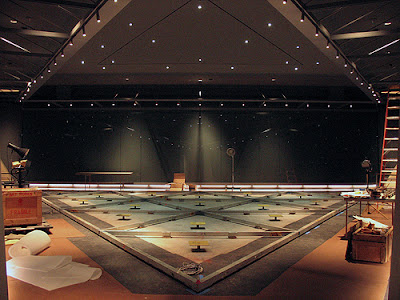 Way back in 1999, I almost joined the Brooklyn Museum. Why almost? I didn't take too kindly to their hosting an exhibit by an "artist" whose masterwork was a painting of the Virgin Mary daubed which elephant shit How clever. This was part of a larger exhibition of Howard Stern type shock-jock "art" by
Young British Artists

So, after eight years, I decide, time to forgive and forget, join the biggest museum in Brooklyn. I logged onto the Brooklyn Museum website, to see that their new permanent exhibition is something called the Elizabeth Sackler Center for Feminist Art

What the hell is "feminist art"? It sounds like something joyless, thin-lipped, and political. Wiki describes it this art movement as referring to "the efforts and accomplishments of feminists internationally to bring more visibility to women within art history and art practice. Corresponding with general developments within feminism, the movement began in the 1960s, flourished throughout the 1970s, and the effects of it continue to the present. " That's the positive spin. But this is a separatist and exclusionary strand in the artistic universe. I don't think its particularly interesting to men --or women. And this is to be a permanent collection, sharing the museum with the art of ancient Egypt?

Sorry, I won't support this.

The museum's a fine space, despite the amateurish turns they've taken over the past decade. I do want to visit soon. Target Stores hosts a free "First Saturdays" program once a month. I may visit next weekend. If they ask me for a contribution, I'll say "No-Go ask Elizabeth Sackler!" 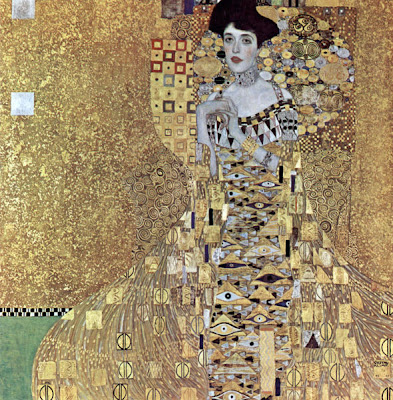 Last night on Charlie Rose, Ronnie "the Hitman" Lauder from New York's Neue Galerie was the guest. Lauder is reported to have spent $135 million to buy Gustav Klimt's "Porträt der Adele Bloch-Bauer" for the Neue Galerie. Perhaps because Ronnie overpaid so badly for this painting, the Neue Galerie charges $275 a year for a New Yorker to be a member. Don't look for me there. You'll see me drooling over the next Elizabeth Sackler feminist art show before you see me pay $275 annual dues to join a museum!
Posted by The Phantom at 10:45 PM 7 comments:

I have to give massive props to Commerce Bank. I was annoyed when they showed "Bayridge" on their map of Brooklyn locations.
As everyone who has taken a class at Fort Hamilton High School can tell you, the proper name for the neighborhood is "Bay Ridge". Two words. Easy to spell, easy to pronounce.
When I saw the topographic illiteracy, I shot off an e-mail to Commerce Bank, pointing out the error. I received a response from their customer service department in (literally) five minutes. They said that they'd tell their IT Department.
So, a week later, I check their website, and...they have indeed corrected the error. Good for you, Commerce Bank!
I spotted an error on the Starbucks site about a year ago. Same thing-they listed the 75th Street/Third location as being in "bayridge". I sent them an e-mail, and they fixed it.
Why would anyone prefer "bayridge" to "Bay Ridge"? It doesn't look good, and without a space between the two words, they're unpronouncable. Does the blame belong with out-of-town webmasters who don't know Brooklyn? I don't know. But I'll forever be vigilant on this matter.
Happy Memorial Day, everybody.
Posted by The Phantom at 4:49 PM 2 comments:

Well, not quite yet. But yesterday, I purchased a round trip ticket on Continental Airlines' nonstop flight from Newark to Beijing. I'll be leaving on Saturday, August 4, and will be in China for ten days.

I'll be traveling with a few of my wandering friends, but will arrive in the Middle Kingdom three days before they do. My working plan is to fly on to Shanghai, spend some days in that modern city, then perhaps take the sleeper train back to Beijing. This way, I'll be rested and have a Chinese city under my belt when that jet-lagged bunch arrives.

What do do in Beijing? Great Wall. Forbidden City. Eat Peking Duck in the restaurant where it was invented. Watch the Yankee game live at 7am. Can't wait.
Posted by The Phantom at 10:42 PM 1 comment:

Concert on the R Train

You never know what you're going to run into on the NYC Subway. Other cities have buskers on the train platforms, here you'll also find them on the trains themselves. In the past year, on the R train, I've seen Mexican guitar players ( sometimes accompanied by an accordianist) , folk singers, a guy playing a pan flute, and Andean musician. I've not seen this a capella group. Yet.