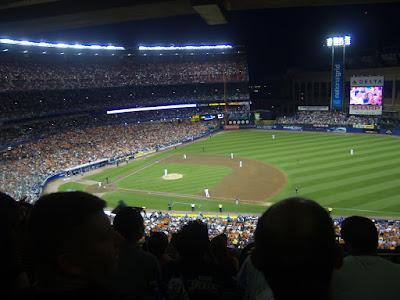 I attended my first baseball game at Shea Stadium in 1966 I think. It was still new. I was astonished at the bright colors. Especially that of the grass, which to me looked greener than green, especially as compared to the black and white TV we had at home.

Now, there are only about 15 regular season games to go at Shea. Like it's older, more famous cousin Yankee Stadium, it will be torn down before long. The new Mets stadium will be named after some bank.

But while many are sad to see Yankee Stadium go, you don't hear much regret at the passing of Shea Stadium. Even Tom Seaver, the best player in the history of the Mets, said the other day that he won't be sorry to see Shea Stadium go. Because of the "undistinguished" architecture.

I'm sure I've been to way over 100 games there every decade since the sixties. I saw Seaver in his prime. I saw the Big Red Machine strut into town - after I sneaked down to the box seats, I heckled a young Johnny Bench who heard it, then chuckled. I saw Nolan Ryan as a Met, and then, years later, as a Houston Astro, mowing down one overmatched Met after another in the second game of a twilight doubleheader. 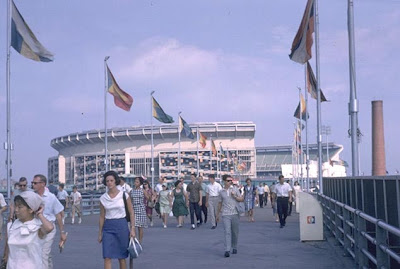 So, last night, while Katie and Keri and the gang enjoyed the spectacle and the crude humor of the Shea fans, I saw ghosts everywhere. A still new Shea Stadium, where the outfield fence was green and the Flushing subways were blue. I saw Agee, Grote and Swoboda take the field against Santo, Aaron and McCovey. I saw a black cat make sure that the Cubs wouldn't win a game against Leo Durocher and his wicked Cubs.

There was a gorgeous cool breeze off Long Island sound last night. Young Mike Pelfrey pitched a complete nine innings the way starting pitchers should, and the Mets took home a 9-1 win.

Many great things happened at Shea Stadium over the past 40 odd years.

A hit in Canada, not heard to much in America From the late 1970s. The McGarrigles were and are great.
Posted by The Phantom at 12:22 PM No comments:

Sunday Music Two: "Wecha Walia", by the Ronnie Drew and the Dubliners

The Swedes love their Irish music and this is a recording from Swedish TV.

Don't listen to the lyrics too closely. They're pretty scary!
Posted by The Phantom at 11:56 PM 2 comments:

Sunday Music: Ronnie Drew, "The Man Who Used to be Me"

Posted by The Phantom at 6:52 PM No comments: 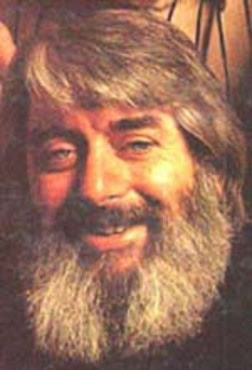 David Vance over at A Tangled Web advises that Ronnie Drew of The Dubliners has passed away.

Ronnie, and the rest of the Dubliners were deeply authentic performers of the old and the new Irish folk music.
Initially known as "The Ronnie Drew Group", the founding members were Ronnie Drew, Luke Kelly, Ciaran Bourke and Barney McKenna. The change of name came about due to Drew's unhappiness with the name, coinciding with the fact that Kelly was reading Dubliners by James Joyce at the time.

Here, " And the Band Played Waltzing Matilda", one of the most affecting songs I have ever heard.

From the Independent
Posted by The Phantom at 3:22 PM 1 comment:

Russian tanks have smashed into a small neighbor country. Russian planes are dropping bombs on cities. The Soviet Union is crawling back out of the dustbin of history, and that's not good at all.


"I looked into President Putin’s eyes and I saw the KGB"- John McCain
Posted by The Phantom at 8:56 PM 1 comment:

Sunday Music: Asleep at the Wheel

I know its Monday, but so what.

Here's the kings of Texas swing music, Asleep at the Wheel, performing "Route 66" . Years ago I saw these guys in Manhattan, and boy were they good.
Posted by The Phantom at 8:27 PM No comments: 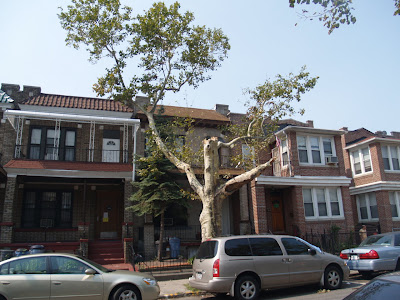 If you want the best in current phony baloney preaching, you gotta get Directv. Because they have the God Channel. And the unquestioned star of the God Channel, is Todd Bentley, who "heals the sick", like a new Jesus or whatever.

Like in the ole days, when we used to drink beers and watch Gene Scott,who used to curse and/or scratch off lottery tickets while giving sermons. Excellent comedy always to be found on the religion channels.
Posted by The Phantom at 11:48 PM No comments:

Sunday Music: Israel Kamakawiwoʻole: "Over the Rainbow"/ "What a Wonderful World"

Let's give a listen.

Looks like I'll be heading over to Dublin ( hey Doyle, save me a Guinness!) and London for work in September. And its likely that for the second time since 2001, I will be flying London- NYC on September 11.

The first time was in 2002. I took a nearly empty American Airlines flight from Heathrow to JFK. Underneath my business shirt, I wore a t shirt with an American flag on it. Sometimes, everything you do makes a statement.

The New York Yankees held their Old Timers Day yesterday. Its the one day when they invite many of their former players to come back to be recognized, and for some to take part in a two-inning friendly game.

The Yankees have the richest history of any team in baseball, and probably in all of sports. This history was honored yesterday when old men ( Yogi Berra, Whitey Ford ) got to hang out with younger retired players ( Reggie Jackson, Bucky Dent ) and players who seemingly were playing just yesterday ( David Wells, Rickey Henderson ). Its a beautiful celebration of the long history of baseball, and of its most famous team.

In yesterday's NY Times, there was an op-ed piece bemoaning the fact that the New York Mets no longer have their own Old Timers Game.

Why not? You'd think that a team with 45 years plus history would have enough memories to work with. A team spokesman said that they stopped having these events because they "didn't make enough money". Well, if you want to remain the number two team in NYC for another thirty years, keep thinking like that.