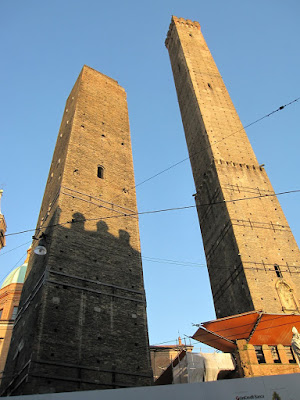 As when one sees the tower called Garisenda
from underneath its leaning side, and then a cloud
passes over and it seems to lean the more,
thus did Antaeus seem to my fixed gaze
as I watched him bend...

Ten days ago, I returned from an all too short eight day vacation to Bologna, Florence and Rome.

I went solo some days, and met up with friends from North Carolina on other days.

I flew into Milan's Malpensa Airport, took a bus to the main train station, then took a train south to Bologna.

Bologna is a city of about 375,000 population in the metro area. It's not on the main tourist trail, but that's not really fair.

Bologna is just a lovely town - clean, safe and walkable. Like seemingly all of Italy, you can't walk two blocks without running into history and beauty. And terrific restaurants that cost less than the ones back home. 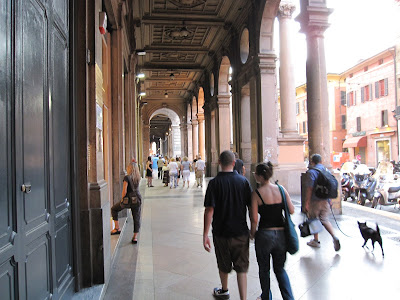 Walking down to the Piazza Maggiore, to my left I saw the impressive Towers of Bologna, which brings the World Trade Center to mind.

They were built in the early 12th Century, and probably had some sort of military purpose. Apparently, at one time Bologna had about 180 towers, which must have been one amazing sight.

I walked past the 69th Street Key Food site yesterday. They were working there on a Sunday, and progress continues to be made. The foreman said that it will open in about six weeks. We'll see.

Don't know about the parking lot across the street. It looks awfully cramped and small in there, no matter what they do to it.
Posted by The Phantom at 8:47 PM 4 comments:


Hello,
I came across your blog about the fire that happen last week. There is going to be a benefit at Shenanigans on 89 and 3rd this Sunday, August 9 from 1-6. You can find it on facebook, I copied and pasted the information for you.
-Kelly
Posted by The Phantom at 11:57 PM 4 comments:

Italy wasn't like a Fellini movie when I was there before.It was more Felliniesque than that.

Off to Italia tomorrow night, back a week from Friday. Let's see if Italy is still Italy, in all its insane beauty.

Manny Fernandez, a reporter for the NY Times, is writing a story on the Silver Gull Beach Club. If you're a member or a former member who'd like to chat, please give Manny a call.
Posted by The Phantom at 12:40 AM 4 comments: 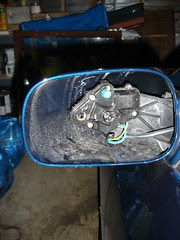 In Bay Ridge, Mayor Mike Bloomberg deserves to be known for the Broken Mirrors Theory. Under Bloomberg's theory, crime stats continue to decline. It's an excellent theory. If only it were true.

I want less talk from this " can't get it done " Bloomberg. I want results from this malingerer.

News 12 Brooklyn is looking into this story. If anyone has had their car vandalized in Bay Ridge recently, please call them at 718-861-6818 or email them at news12bkln@news12.com. ( News 12_ I gave Tom your phone number tonight. His car is in the prior post. Hopefully he will call you tomorrow ).

News 12 did a good report on last week's fire, we should pay attention to them.

I'm flying off to Italy tomorrow night, where it is impossible to have a bad meal or a bad glass or red wine. Will be back a week from Friday. Keep an eye on things, guys.
Posted by The Phantom at 11:21 PM 4 comments: 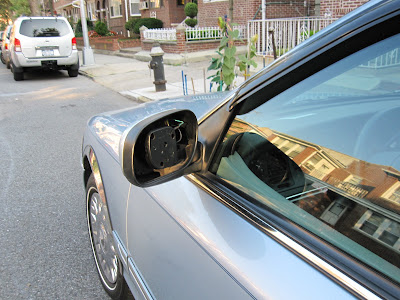 This is not the first time this has happened in this general vicinity.
Posted by The Phantom at 10:58 PM 32 comments:

Is the Post Office Committing Suicide in Bay Ridge? 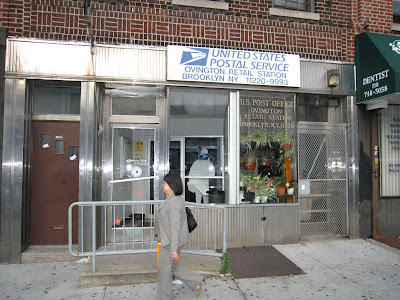 Yeah, I know that the Post Office has to do something.

First class mail must be way down - no one writes letters anymore, and it seems most of the young and middle aged switched to electronic bill payment years ago. I understand.

This past Monday, the NY Daily News reported that the US Postal Service may close 40 smaller retail post offices

I live close to the Ovington Retail Station at Fourth Avenue near 68th Street. It's open Mondays through Fridays, so I don't visit it often - I'm at work in Manhattan during the week. But, every time I do go there, I see a line of people - buying stamps but also mailing packages.

If this small post office closes, the many older people, businessmen, and immigrants will be asked to schlep all the way to 88th Street and Fifth to the Fort Hamilton Post Office or to the Bay Ridge Post Office at 55th Street and Seventh Avenue.

Guess what? No one will do that. Not for packages anyway.

The USPS must do something - but if they abandon this community, its their funeral.
Posted by The Phantom at 10:54 PM 8 comments:

Luke Kelly and the Dubliners: " The Black Velvet Band "

Luke Kelly was born about a quarter mile from O'Connell Street, in 1940. His dad worked in the Jacobs Biscuit factory.

Luke performed in clubs and as a busker throughout England and Scotland for years.

He was a founding member of The Dubliners, with Ronnie Drew and the rest, in 1962. He gave sensitive, beautiful renditions of many old and new songs.

On 30 June 1980 during a concert in the Cork Opera House Luke Kelly collapsed on the stage. It was a brain tumor. Which killed him four years later. He performed until the end.