Hold Your Nose and Vote for Mike Bloomberg? 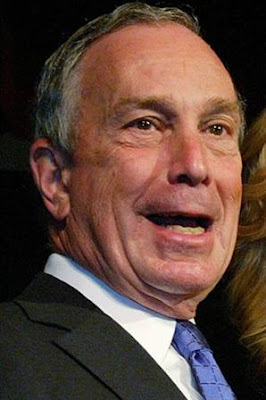 Maybe I should hold my nose and vote for this Mike Bloomberg, but I don't know if I can.

I oppose smoking and don't think that anyone should smoke, but I didn't respect the way that he imposed smoking bans without ever mentioning the possibility when he was running for mayor. He kept his opinions to himself like a sneak, and then rammed home the bans once he was in.

I oppose term limits and voted against them, but the people of NY City voted in term limits. But Bloomberg decided that he himself was indispensible. Instead of having the matter brought before the voters again, he snuck in a term limits exception for himself with the weaklings of our City Council. Don't you ever say that there were quid pro quos.

He's continued the good work initiated by Rudy Giuliani in policing, and has been a good actor as respects public schools

But still. He is supposed to be this hands on genius who gets everything done.

Yet every day I pass by a small public park ( Lief Erikson Park ) that has been marred with a " temporary " building necessitated by construction work at Bay Ridge High School. The major construction at Bay Ridge HS has been finished for well over two years, yet the ugly and abandoned building remains in the park, ruining it.

Everytime I see this mess, I think of Mike Bloomberg.

Bloomberg has a weak joke of an opponent in Bill Thompson, a guy who is not worthy of a keystroke. Yet I don't know if I can pull my nose and vote for the sneak and opponent of democracy that is Mike Bloomberg.
Posted by The Phantom at 11:50 PM

Like you Phantom , I have many reservations about voting for Bloomberg this time around. I'll probably vote for him but with no enthusiasm whatsoever. Third terms are notorious for bad things to happen so the mayor may be biting off more than he can chew. Lets hope I'm wrong.

I'm not voting for Bloomberg.

The real shame is that there was no good alternative.

Thompson would be a catastrophe.

Don't forget to vote for Bob Capano for city council. We need change and new leadership for our community!

It was rather interesting for me to read that blog. Thank you for it. I like such themes and everything that is connected to this matter. I definitely want to read more on that blog soon.