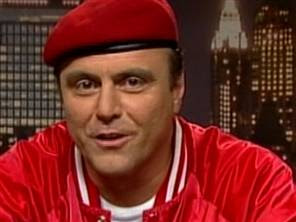 One good note WABC has rehired the great John Batchelor for the Sunday night, 7-10pm slot. So, there actually is good programming on WABC for eight hours a week. From 5 to 6am Monday through Friday, when Curtis holds his remnant of a show, and on Sunday from 7-10pm. The rest of the day, its Russ Limbahhh and Mark Levin yelling at people.
Posted by The Phantom at 11:34 AM

Shame on WABC - if the Sliwa/Kuby team had consistantly beat Imus in the ratings in that same time slot, which I understand it did,why dump success to rescue Imus from deserved unemployment? Let's hope Curtis is released and paid in full for the remaining 2.5 years of his contract ASAP, and that he and Kuby team up soon on another station. I won't be listening to morning radio again until that happens and clearly I am only one among many many of their listeners who miss them and their unique and entertaining on air relationship.