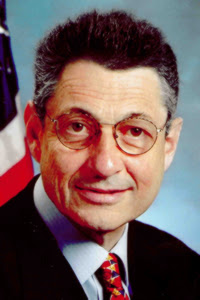 This past week, New York City has seen one of the worst performances by a public official in its long history. And in the city that brought us Bill O'Dwyer and David Dinkins, that's saying something.

For a period of months, Mayor Bloomberg has been promoting a congestion pricing plan, that would impose a charge for those who drove into Manhattan during peak hours. The objective was to reduce pollution and relieve the unbelievable traffic congestion that impacts Manhattan and the entire Staten Island Expressway/Gowanus/BQE corridor all through the day.

Congestion would have led to cleaner air, a better flow of traffic, probably a better economy. It would have raised money for various mass transit projects. Now, because of a politician with neither character nor backbone, we'll have none of it.

Even lower than Silver are the minority of "outer borough" politicians who opposed congestion pricing. Instead of listening to the big majority of their constituents who commute by bus and subway, they chose to listen to the five percent ( or whatever ) of voters who think they're too good to ride the subway with the normal people. These officials joined Silver in selling New York City and the entire region down the river.

The repricussions will be felt for decades. Mayor Mike, thanks for trying to lead. But some dogs cannot be led.

http://bayridgebrooklyn.blogspot.com/2007/04/congestion-pricing-is-good-for-brooklyn.html
Posted by The Phantom at 10:15 PM

Thats the stupidest thing ive ever heard congestion pricing will cause the cost of everything to go even higher then it already is, all commercial vehicles will have to pay 21 dollars every time they enter manhattan, who do you think is gonna pay for that in the end? Thats right the consumers buying the goods that the trucks are bringing in cause theres no way companies would let it cut into their profit margin. Good for the ecomomy, please the city has more then enough money right now, all this is is yet another tax on the poor, middle class and small business owners, cause Manhattan residents are rich and dont have to pay the fee obviously, and rich people who drive in could care less about an 8 dollar fee, this is a tax on people who cant afford it and will be forced to take the already overcrowded mass transit. Im glad congestion pricing is dead, its a city, theres gonna be traffic no matter what, if you dont like the convienience of having everything you want at your fingertips then move to the suburbs where you belong.