Bay Ridge Tornado: Who Helped the Most? 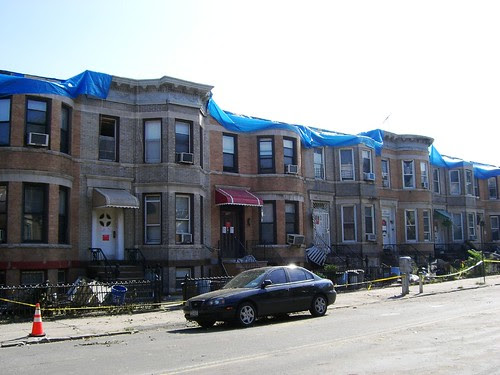 
Well we conducted a poll on the above subject, and the polls ended last night. So who won?

Who helped the most in dealing with the Bay Ridge Tornado?
Well, I hereby disqualify myself due to friendly ballot stuffing in various quarters. And I was away on that fateful day, so I cannot possibly qualify.

The winner is the NY Fire Department, with a total of 12 votes. But a huge tip of the hat goes to the Sanitation Department. My neighbor advises that their efforts to clean up 68th Street on August 8th were unbelievable. "There aren't enough words in the language to praise them for the way they worked. It was boiling hot, it was humid, but they did not leave until 68th Street was in broom-swept condition at the end of August 8th.

So the FDNY wins, deservedly so, but a big tip of the hat to DSNY. Good job, lads.
Posted by The Phantom at 10:55 PM

Hooray for the FDNY! (Did I tell you my nephew is a fireman in Ozone Park?)

Anyway, Phantom, come on over to ATW and comment on the Disband Special Branch thread.

Have to wait until tonight

For some reason cannot post there from my daytime PC