In the midst of rock's unquestioned rule, the British "electric folk " band Steeleye Span began its life in 1969.

The voice of the great Maddy Prior leads here. I really like the languid, intentional, lack of sync between her voice and that of Dublin's Gay Woods here.

I heard this song ages ago. It stays in the mind. The usual cut the ring in half / love lost and then found deal.

It's quite wonderful. Steeleye Span is still around. That's even more wonderful. 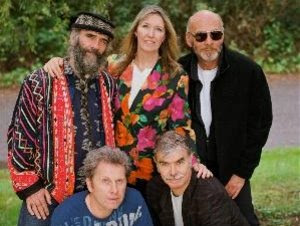 The before and after photos are classic.