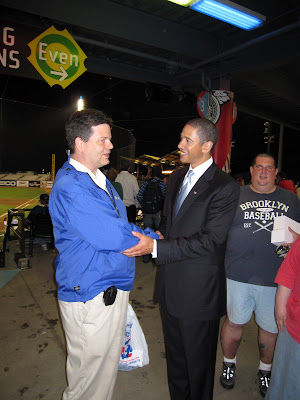 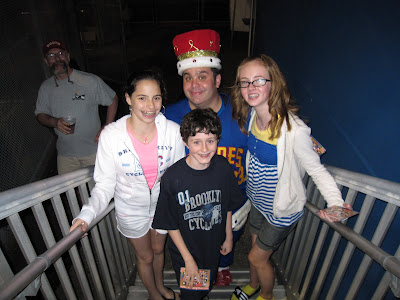 Baracklyn Cyclone night as reported by Brooklyn Eagle
and
NY Daily News
and
the Staten Island Advance which reports that some Brooklyn fans hated the "gimmick"
Posted by The Phantom at 11:42 PM

Which one is the Phantom?

The good looking one On the left!

I'm the good looking one On the right.

Love the pictures! Where are the group ones?
JP

Will the Phantom be considered for a cabinet post down the line?

why was i blessed with this musical talent?

I have read this post and found it very interesting.

Glad to see you like the Cyclones Phantom. Hows your other favorite baseball team doing these days? LOL!!!!