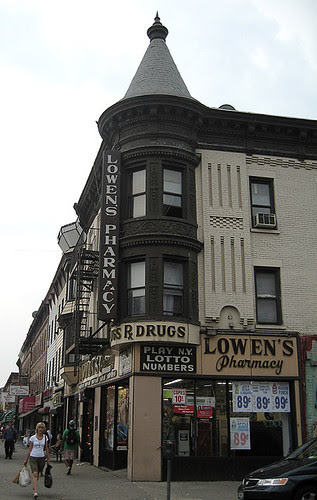 I think it started out as two stores on 69 street. I also think the third store was taken over about 7 Yrs. after they moved to 69Street.

A lot of us, who perhaps may never have had the occasion to avail ourselves of their services, are unfortunately only now becoming familiar with their story due to this odd series of tragic events.

You've laid an important, and much needed part of the Lowen's story.

I have shopped there for over 25 yrs. What a kind man John was to the elderly, the handicapped and the disabled, as well as a total professional to all who entered Lowen's. He gave many local teenagers their first job. He also provided meaningful employment to developmentally delayed persons as a shining example of what they can do when given the oppertunity. Such a loss to everyone who knew him. My condolences to his family.

I was in Lowen's and spoke to John that morning. If I only knew. May God be good to him.

I used to live on ovington and shopped in Lowens often. This is sad. Does anyone know what will happen to the store? I hope it doesnt close down. It's so Bay Ridge

It is a very nice and good popst and I like it.

It is an aming post and I very impressed to it.

I think they are started with two storesat 69 street and I think it is a great history of this.

my aunt works at lowens pharmachy in fact to day im working there!

-WEBKINZ are going to be in stock near December!