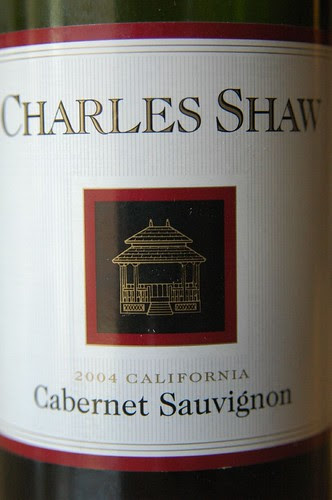 
I owed Nick a bottle of red, since I lost the Giuliani bet. I said that Rudy would be the Republican nominee, and as you may have heard, that didn't quite work out. I was unable to go to my favorite wine store, Astor Wines and Spirits on Lafayette Street, but I happened to be on 14th Street, so I went into the relatively new Trader Joe's wine store there. Got him a decent bottle of Clos du Bois, and got a few bottles of red for myself--including my first bottle of "Three Buck Chuck".

I bought the Cabernet Sauvignon. And you know--it was NOT BAD. It was not the best wine I have ever tasted, but it was a bit better than wine you typically get by the glass in most bars or at catered events.

--
The Gyro place slated to open at the NW corner of 68th Street and Fourth Avenue awaits only a health inspector visit. Supposedly, there is a long wait for an appointment now.

Across the street, at the SW corner, someone is doing a lot of interior construction in the building next to the grocery...and it sounds like the wall between the two buildings is being removed or having holes punched in it. The work is being done behind closed doors, and I don't see any Construction permits on display.

The NY Post has a story on the ANGRY super on 91st Street. But they don't give credit to those who reported it first, like the Brooklyn Paper, Curbed or Right in Bay Ridge. This guy may want to calm down.
Posted by The Phantom at 11:02 PM

Did you hear they happy "Lentos style pizza" at Canteena 80th and 5th?

Yes, I have heard that. And I heard that it was good, too.

I need a nice restaurant where my daughter, coming in from L.I., and I (from Kensington), can meet for lunch on Tuesday.

Can anyone suggest some?

If you are looking for a nice place in Bay Ridge, and you like Italian I very highly recommend Areo

Tuesday is the perfect night, as it does get very crowded on the weekend.