Budweiser is Dead And I'm Not Happy About It 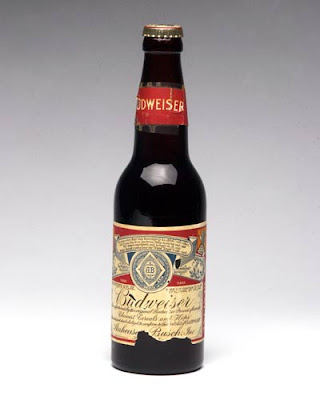 They didn't sell billions of gallons of this stuff for because of the quality.

But it was never as bad as the pinky- in- the- air beer snobs claimed. It was a middle of the road mass production light beer that most people liked. Nothing more, nothing less. Not a bad thing.

What made Budweiser great was its deep, American heritage. One hundred and thirty years of history in St. Louis, Missouri. ( It predated the fake Czech "Budvar" by about 15 years. ) The fact that they marked the ending of Prohibition by sending a team of Clydesdales to the White House to deliver fresh-brewed Budweiser to President Roosevelt. The fact that you and I had it in college and at weddings and with friends since we were old enough to drink, or since we were big enough to pretend that we were old enough to drink.

All this history went down the tubes this past weekend when a bunch of Belgian cutthroats acquired this American icon.

I love Europe and I love the rich and deep universe of European beers. But Inbev is not a quality brewer. And Budweiser won't be Budweiser if its owned by a bunch of cost-cutting smart alecks in Brussels.

An era has ended, and I'm not too happy about it. If you're coming over to visit, don't bring any Budweiser with you. They don't make Budweiser anymore.

Phantom, this is the way of life in this U.S. lately - we are being sold over slowly, but surely.

I hope and pray the tide will turn, but with our self-serving politicians and powers-that-be now and in the past, I don't see it happening.

Sorry to be a pessimist, but I am very sure I am not alone here.

Why don't ALL the Budweiser drinkers, chip in a few bucks and form a corparation called "American Budw...." Hire all the good workers from the present Budweiser plants and there you go Budweiser made in America. The Phantom and everybody is happy.

What's going to happen to the Clydesdales?

The Anheuser-Busch people didn't seem to worried about America when they signed off on this deal.

No, they weren't worried about America at all. They took the money and ran. Fuck 'em. The proper response is to never drink any Imbev product at any time.

I think I'll stick to drinking Coors Light, is that an Imbev product, phant?

I like Hornets idea, other wise you might as well get use to drinking forgein beer, Budweiser!!!!!!!!

Coors is not inbev...but they have done a merger of some arrangement with Molson of Canada, and at this point am not sure who owns who

For now my official beer is Brooklyn Lager, which is wonderful. Costs a bit more but is so worth it.

If you buy it in a bottle, its brewed in Utica NY

If you buy on draft, it is brewed in Brooklyn

at least we still have Pabst Bluey, I miss the old Kevin O's Lounge, used to cozy up with a nice cold bud after work. Bay ridge isn't the same.

The Belgians will eat the Clydesdales.

No, really, I'm sure that they will be fine. Imbev will keep them and try to seem more American than Augie Busch and the Saint Louis Cardinals.

Budweiser is a perfectly fine beer. Beer snobs need to understand that on a hot summer day most people want a nice refreshing light lager and not some deep dark Belgian porter.