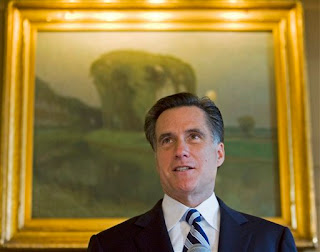 I wanted to vote for Giuliani for President, but that option no longer exists. My first inclination is to follow Rudy's advice and vote for John McCain in tomorrow's NY primary election.

I voted for John McCain in the 2000 Republican primary. Eight years later, its clear that both this country and the world would have been infinitely better off if McCain had won.

Bush did some things right, but, now, in 2008, there's no sense denying it--the man's not intelligent. He was not up to the job in a hundred different ways-- he sat idly by as the Republican Congress spent like no Democrat Congress would have dared to, he never proposed an effective strategy on dealing with illegal immigration, it was under his watch that the Iraq occupation was botched.

McCain would have jumped down the throat of the Republican Senator who proposed the "Bridge to Nowhere", and he would have similarly flayed the many Republicans who larded up the budget with earmarks and other thefts. He probably would have done a much better job in Afghanistan and in Iraq-if he would have gone into Iraq at all. But what of illegal immigration?

I think that illegal immigration is one of the most serious problems that Bay Ridge --New York--all of America now faces. Only national security is more important. The economy is a distant third. Its not the economy, stupid!!

McCain forged an immigration agreement with Senator Kennedy in 2005. Which went nowhere, as it was widely, and correctly seen as "amnesty". Illegals now in the US would have had a clear path to citizenship. Pay a little money, wait a while, you're in, sign on the dotted line. I don't believe that McCain has ever retreated from this position. Yes, he wants to "secure the borders". But even now, in February 2008, his website does not use the words illegal immigration. How the hell are you going to solve the problem if you cannot bring yourself to call it by its name?

Mitt Romney has said clearly and unambigously that he wants to end the tide of illegal immigration. Romney, like Giuliani, has a record of extreme competence in an executive position.

I will always respect John McCain. But Mitt Romney for President!

I too was a Rudy supporter, gone to Romney. But I disagree with you on George Bush. He has done a hell of a lot better job than the liberal media shows you on TV each night. Strong economic policies, tough on defense, with good moral values.

I voted for GWB against Gore, and I voted for him against Kerry. But God, apart from any and all policy issues-- I wish the guy could put five words together.

And government spending was out of control under his watch. And he didn't do anything about it.

I'm proud of you, Phantom. I think McCain will be a disaster.

I too am glad you have an intelligent view point on Romney, Phantom. Back when McCain was in the running in 2000, not too soon before that time, he had made a general statement to all immigrants to the effect, get here anyway you can, which of course, means ILLEGALLY.

Do I or this country need to see this person running this country. Isn't this country based on laws. Our forefathers are turning over their graves! I don't care that he served in the military - that is not enough! Unfortunately there have turned out to be criminals in the military as well. I don't like to be a pessimist, but truly GOD BLESS AMERICA, we are in for some bad times.