NY Yankees' Opening Day "Rained Out" On A Dry Monday 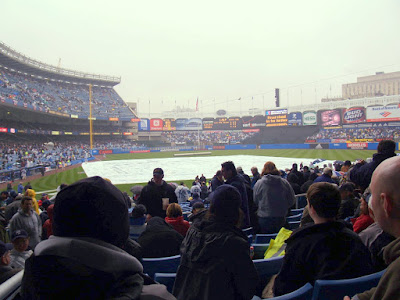 The good news was that the Phantom scored some good tickets for today's 1pm Opening Day at Yankee Stadium.
The bad news is that the New York Yankees canceled the game before it started, because the bright lights in the front office heard that the storm of the century was barreling up the East Coast.

Only the rain never came. And nine hours later, the rain still has not arrived. They could have played a doubleheader, with a rock concert between games if that's what they wanted to do. 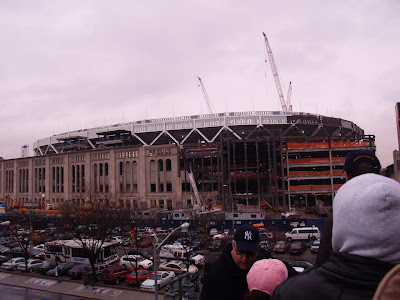 So, if you go to a Yankee game this year, you can see actually see two Yankee Stadiums. (photo taken from stairs leading up to the No. 4 train )

Sorry about the game, man, but great photo of the new stadium.