Ah, a nice peaceful song to play on a Sunday, or on any day!

Did not get to see or participate in the protest at the Bay Ridge Methodist Church today. Had to be elsewhere.

Off to Bermuda tomorrow. Back Tuesday.

I've been a bit down over the recent death of the great thinker and polemicist William F Buckley. I didn't post a comment on his passing, but I took part in an active discussion/brawl over at A Tangled Web.

Buckley was one of the most influential thinkers of the past fifty years. He is known as the conservative thinker who laid the groundwork for the election of Ronald Reagan. Which is true. But he is also the free thinker who supported the
legalization of drugs. He hated drugs, but thought that the drug war was completely futile. (This interview is continued here and it concludes here.

There are no quality conservative thinkers like Buckley on radio or TV any more. There's a lot of buffoonery from Rush and Savage, and some talking points stuff from Sean, but where are the thinkers who actually listen to people?

The closest we come are John Batchelor, who is hard to find, and Charlie Rose, a wonderful interviewer but not a political actor as was William F Buckley.

A good post on WFB from The Anchoress. She writes : "It has been told that often when Buckley had a big dinner party, he’d invite a leading liberal to be a guest of honor; Buckley believed in giving attention to those with whom he disagreed. He believed he could learn from them."

The Anchoress links to Peggy Noonan who writes "I thought it beautiful and inspiring that he was open to, eager for, friendships from all sides, that even though he cared passionately about political questions, politics was not all, cannot be all, that people can be liked for their essence, for their humor and good nature and intelligence, for their attitude toward life itself. He and his wife, Pat, were friends with lefties and righties, from National Review to the Paris Review. It was moving too that his interests were so broad, that he could go from an appreciation of the metaphors of Norman Mailer to essays on classical music to an extended debate with his beloved friend the actor David Niven on the best brands of peanut butters. When I saw him last he was in a conversation with the historian Paul Johnson on the relative merits of the work of the artist Raeburn."

Today, we have Rush Limbaugh. Ach. 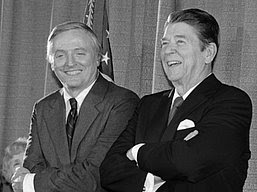 Curtis Sliwa is coming back to WABC, in the 10am-1145am slot, replacing John Gambling. Can he bring Kuby with him?

A Chinese bakery opened at the site of the former Scruffy Murphy's Saturday afternoon.
Posted by The Phantom at 11:21 PM